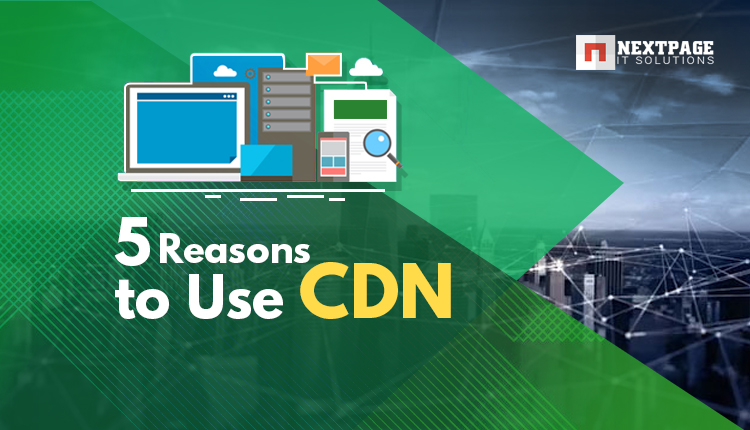 A content delivery network (CDN) is a system of distributed servers that deliver pages and other web content to a user, based on the geographic locations of the user, the origin of the webpage and the content delivery server. There are plethora of prominent reasons to use CDN. The goal is to distribute service spatially relative to end-users to provide high availability and high performance.

Content delivery networks (CDN) are the transparent backbone of the Internet in charge of content delivery. Whether we know it or not, every one of us interacts with CDNs on a daily basis; when reading articles on news sites, shopping online, watching YouTube videos or perusing social media feeds.

How a CDN works?

To minimize the distance between the visitors and your website’s server, a CDN stores a cached version of its content in multiple geographical locations (a.k.a., points of presence, or PoPs). Each PoP contains a number of caching servers responsible for content delivery to visitors within its proximity.When a user requests a webpage that is part of a content delivery network, the CDN will redirect the request from the originating site’s server to a server in the CDN that is closest to the user and deliver the cached content.

The first and the most important reason to use CDN is that it increases the speed of your website while decreasing the latency too. As the data is cached on the edge servers and the requests are directed to the closest node, the CDN will send the data on the most shortest route which will definitely speed up the process. This reduces latency and packet loss, allowing the website to load faster thus making it more user friendly.

When your content is delivered by CDN, all your assets are dynamically distributed over multiple servers. So, if however there is any fault or an issue with one of the hardware node, it won’t destroy the entire system. If however you are faced with an attack, the distributed nature of the content will neutralize the effect and  keep your availability at 100%. CDN’s also allow you to implement SSL certs, being one of the prominent reasons to use CDN, just like you would with your web host, ensuring encryption between both the edge server and your origin server.

Scalability is another huge benefit as offloading traffic to a CDN will make it easier to manage traffic spikes and scale up or down within a short amount of time. This will result in less load on your server. Thus giving your content large number of servers for delivery will ultimately result in much better handling of unexpected incoming traffic.

More are the servers included in a network, lesser is the load imposed on a single server thus making the network most efficient. While you have to pay the first time implementation cost of the CDN but in long term there aren’t any additional hardware costs required since using multiple edge servers take the load off the traffic on a single server thereby less chances of it getting crashed and if you are paying your web host based on bandwidth a CDN can dramatically reduce this because assets are served from cache on the edge servers as opposed to directly from your web host (origin server).

Search Engine optimization advantage is one of the major reasons to use CDN. Implementing CDN will ultimately boost your page load and downloading speeds thus,  improving your position in search results and driving additional traffic to your site. Site speed also plays a big part when it comes to Google actually crawling your pages. By optimizing your website to load faster, it will increase the frequency in which Google crawls your pages, in turn allowing your content to be more widely available and indexed faster.