5 Reasons to Choose ASP.NET Over PHP 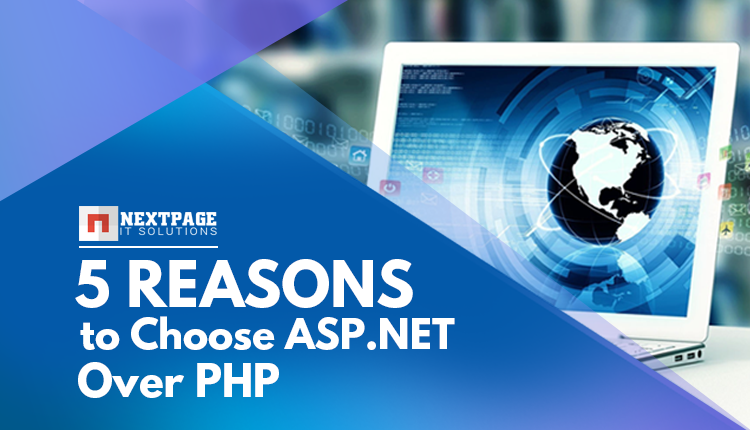 While there are many programming languages out there for a web developer to choose from, the language market is generally dominated by two competing language giants: ASP.NET and PHP. Either language can be used to complete any given project having both advantages and disadvantages.

ASP.NET is amongst the most favored technologies for building dynamic web pages, feature rich websites as well as web-centric applications. No doubt, PHP is more popular and you are more likely to find work to code in PHP rather than ASP.NET. In reviewing, both languages have their strengths and weaknesses. PHP is inexpensive, secure, fast and reliable.

Despite the high quality of much of the free and inexpensive software out there, some big corporations feel the low price of PHP suggests that it is not worth buying for those who want to set up commercial websites. While ASP.NET is easier to use and maintain because of its class library system.

Five reasons as to choose ASP.NET over PHP:

1. If you own Visual Studio, you can build applications very quickly by dragging and dropping. It saves developers time, provided it is installed on a computer fast enough to allow the program to function at its peak. You won’t get this feature in PHP. This is one of the main reasons to choose ASP.NET over PHP.

2. The ease with which you can convert an ASP.NET application to a desktop client, mobile or web service (if designed correctly you just provide a new presentation layer). This isn’t possible with PHP. Due to this also, programmers choose ASP.NET over PHP for bigger projects.

3. The sheer power and elegance of C#. The new .NET framework and CLR provides for seamless interface with other programming languages such as Visual Basic.NET and C#. This means the programming language of a project can be changed mid-project without the need to rewrite everything.

4. PHP is an interpreted language – ASP.NET is compiled. ASP.NET also provides built-in features for caching frequently requested web pages on the server. Additional features provided are localizing content for specific languages as well as cultures and even detecting browser capabilities. Built-in templates are believed to be quicker as well in ASP.NET.

5. Another advantage of ASP.NET over PHP is that ASP.NET’s library is task-based. Because the library is organized into inheritable classes related to a given task, such as XML or image editing, developers can save time on many common development tasks.